Email us a report from your church, meeting or other group. If you have a video to share, please send it to submit@worldquakerday.org via WeTransfer.

If you have posted on Facebook or Twitter and your report doesn’t appear on this site, please send it to us as described above.

On World Quaker Day we started our church service at 9:30 am. We started with silent worship. Some Friends shared their views on Quakerism and young Friends made banners. The children of our yearly meeting made greeting cards for the New Zealand yearly meeting children. After the worship we had refreshments and group photograph. In the end young Friends presented a small play which was based on faith.

Happy World Quaker Day everyone. Canberra Quakers have celebrated our global connections well today. We have appreciated a visit from Michael Wajda and Alison Levie and talked on zoom to Friends in Cambodia, Japan and the Phiippines. 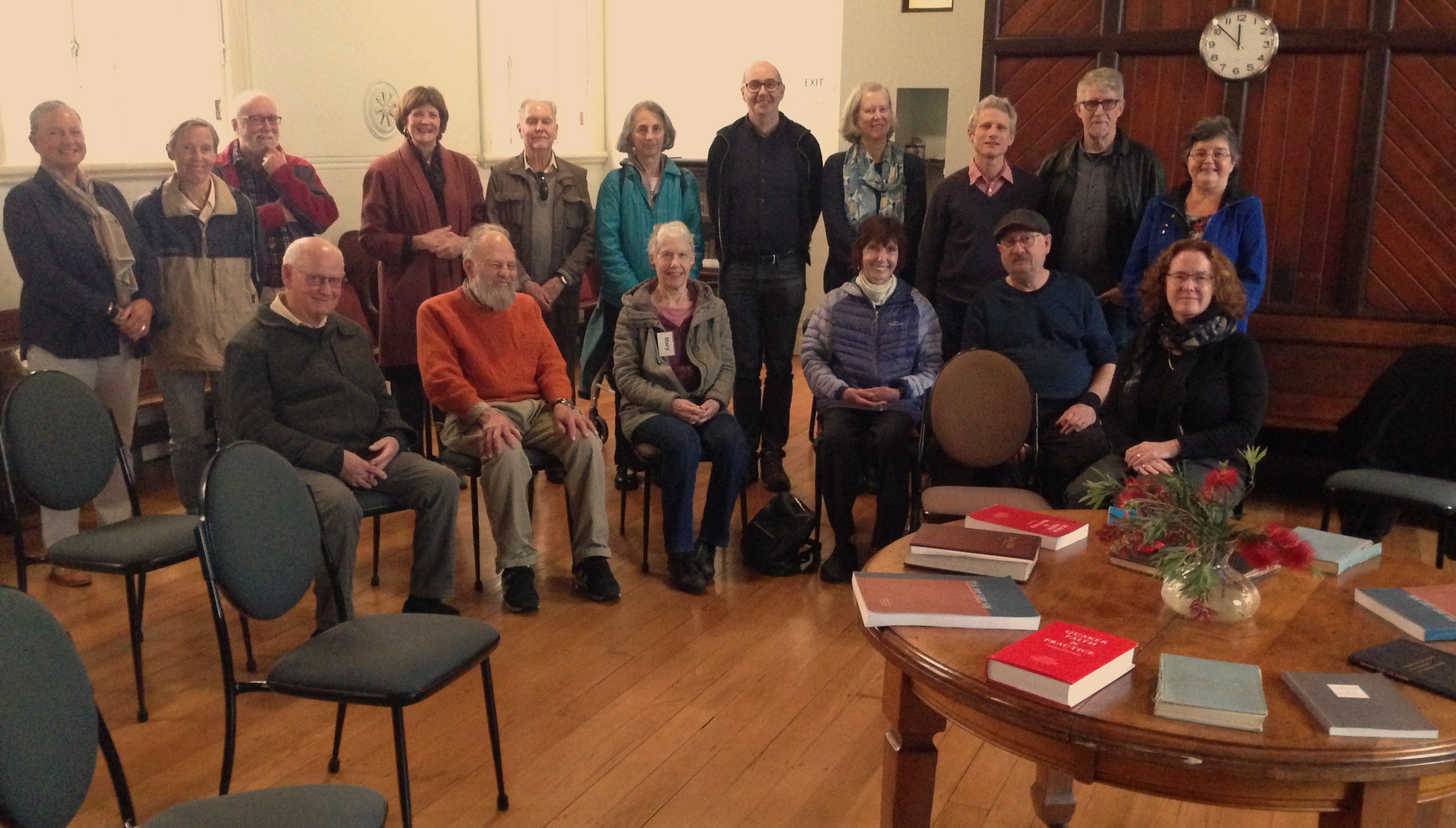 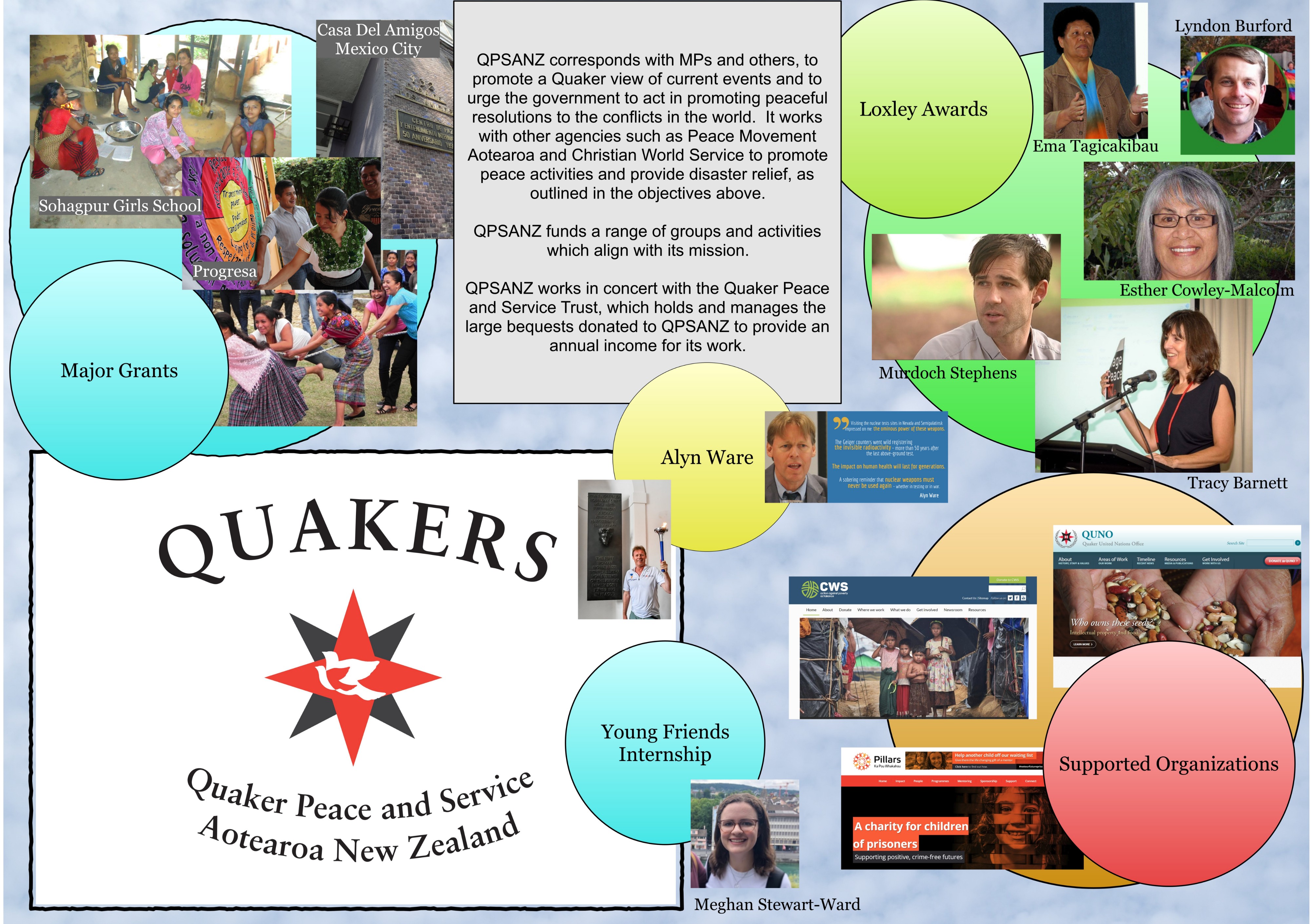 Dunedin Quakers opened the Meeting House to people we know, and to members of the public, on World Quaker Day. A number joined us for worship, doubling our recent numbers; worship was followed by lunch, brief talks by three Friends about being Quaker, and a chance for questions and discussion. There were displays of Friends worldwide, and of the work of Quaker Peace and Service Aotearoa New Zealand.

Greetings came from our Friends in Bhopal Yearly Meeting, India, including pictures of cards made by their children. We were also joined by a visiting Friend from Ramallah Monthly Meeting, Palestine. It was a time of joy for us.

An article about Friends worldwide was published in the regional newspaper on the Friday before World Quaker Day, and has already aroused some interest.

The photo shows a poster on the work of Quaker Peace and Service Aotearoa New Zealand, made by Susan Hamel for display on World Quaker Day. 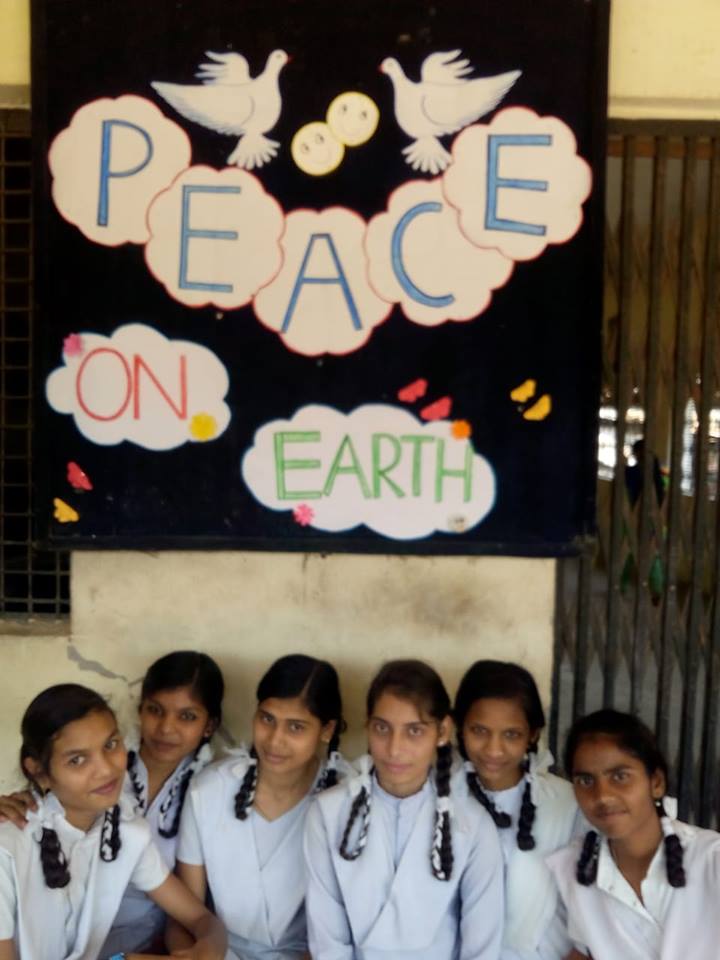 Anna Hall gave a lively and informative presentation on topic of the history of Quakers in Aotearoa/New Zealand.

The Quakers who came as colonists in the 1800s came from the United Kingdom as individuals or families. They settled in different parts of Aotearoa/New Zealand. They were isolated and valued the ongoing support and visits from Quakers in the United Kingdom arranged via London Yearly Meeting. Some Quaker colonists also travelled within Aotearoa/New Zealand to provide support for other Quaker colonists and to encourage the establishment of Meetings for Worship. Such visitation and travelling in the ministry that encouraged and supported Quaker colonists in the past is today a key aspect of the work of FWCC, as we mark World Quaker Day.

There is a panel of the Quaker Tapestry on Aotearoa/New Zealand that mentions settlers arriving from the U.K. The two people in the panel at top right (man and woman back view) are Thomas Mason and his wife, a Quaker colonist who arrived in 1841 and settled in the Hutt Valley near Wellington. 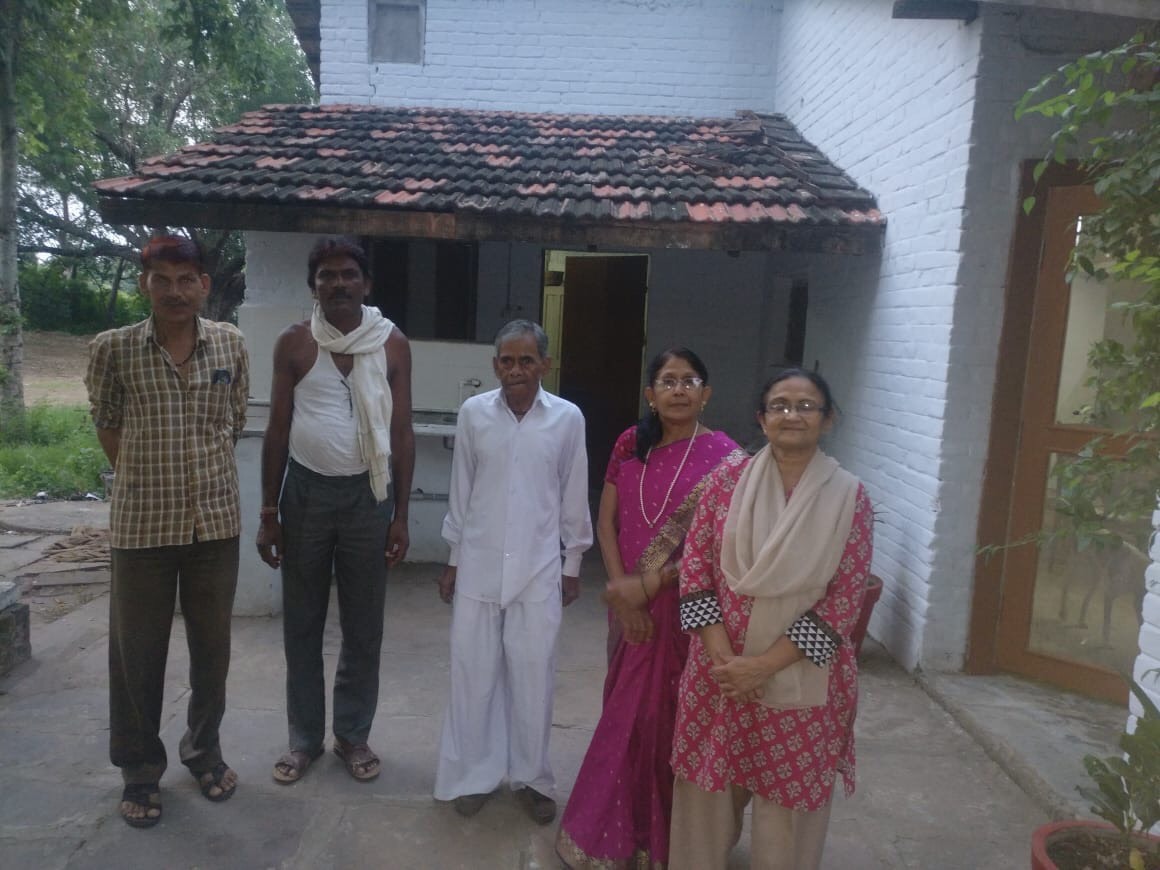 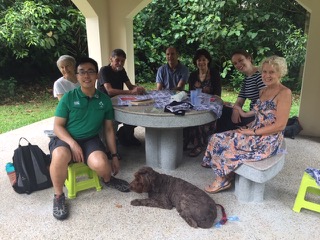 We celebrated threefold: We held a fellowship morning tea after Meeting for Worship with a specially baked and iced chocolate cake to honour George Cadbury who showed leadership in his care for his workforce. We wrote a press release honouring Quaker's role in history especially in regard to the treatment of women as equals for over 350 years because in New Zealand September 2018 saw the national celebration of 125 years of women's suffrage in New Zealand. We also collected donations of home baking and produce from our members to make up two gift bags which were delivered to the local Night Shelter as part of our celebration of World Quaker Day. We are a very new Monthly Meeting having been formed in 2018 with a small but growing membership and we were delighted to take part in this celebration of being part of a world-wide family of Quakers. 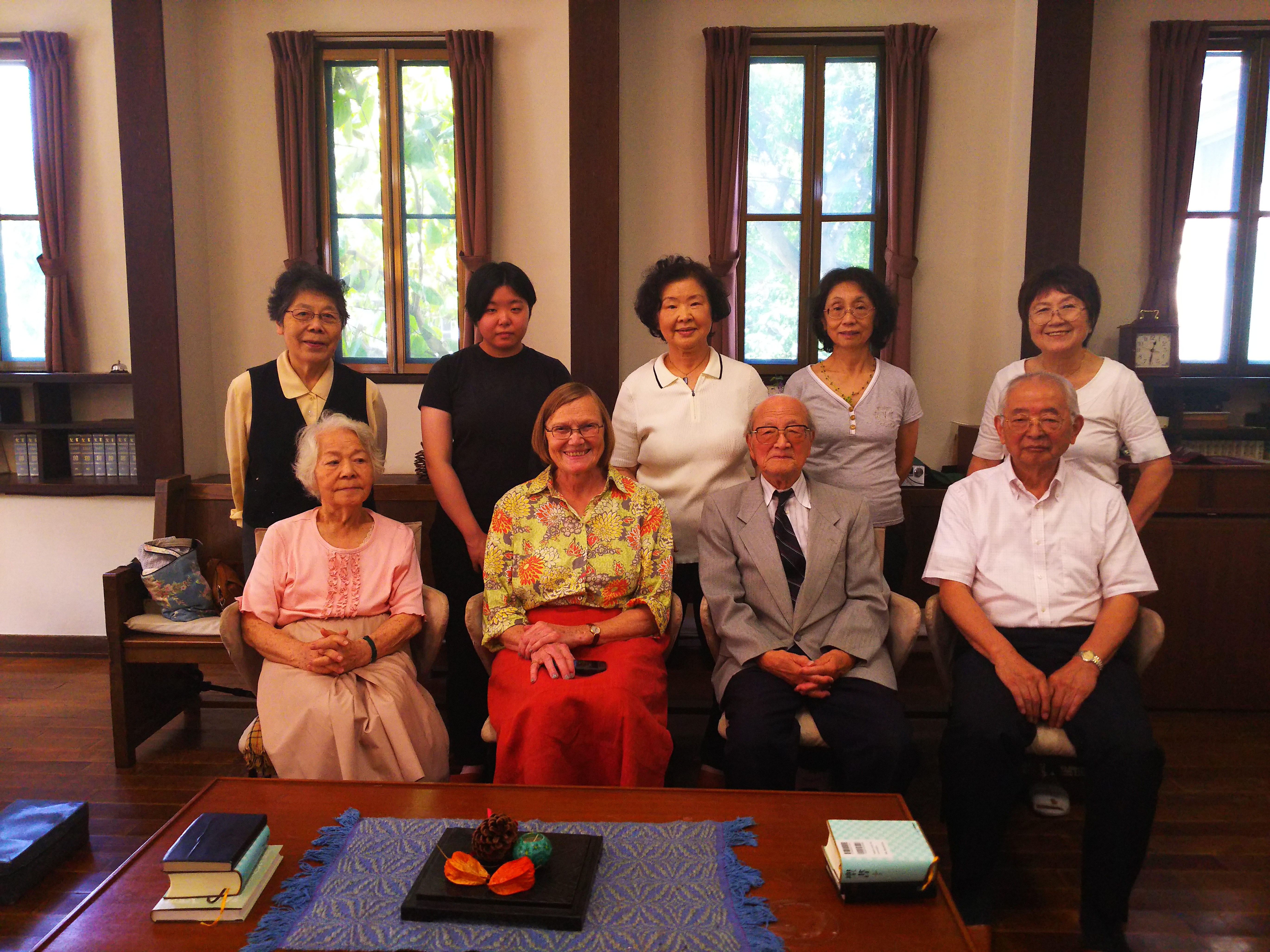 Here is our photo from World Quaker Day! Not many people in attendance on this day but thinking warmly of you all.

Whanganui Friends had a display in their local library for a week.

On World Quaker Day we visited with the leper mission .T.L.M. Lucknow North india , my friend Amit Prkash , and pastor Rav. Shantwan lall .   We prayed for the lepers, and,

we gave them an example in the Bible to heal clams, pray among them, and spend some time,with lapers .

Nobody likes lapers in India ,,, but it is my first time of life ,I  had grief, and condolences to him, had left him home, he had none, tears of his eyes, love ,,,, and expect from us too much ,,,

I celebrated Quaker Day happily with lepers, and with prayer,

With love, peace and and faithfully

About eight F/friends in the south of Western Australia (South Coast Friends)  talked about World Quaker Day day and felt somewhat connected with Friends around The World. 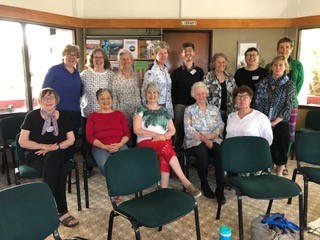 In Brisbane, Australia  a group of Friends from every Australian state gathered for a weekend to look at the AYM Safe Quaker Community policy.   We spent World Quaker Day thinking and talking about how we can ensure our Quaker meetings are safe, loving and nurturing places for all.

Friends in Canberra, Australia invited Friends from all over to join in Meetings for Worship, or meeting up for conversation as part of World Quaker Day.

We were not overwhelmed by others joining us.

However, six Friends in Osaka came online in the conversation room. Not all spoke English, but Naomi translates very competently. We were also joined by Patricia in Palmerston North in Aotearoa/New Zealand.

We introduced ourselves, sorted out the tech aspects, etc. then we asked them about the theme of Sustainability and whether they had pursued it at all for WQD.

My own observations from a little time on Japan, is that Climate Change is having less impact in Japan, and seems a less pressing issue on ordinary folk than for Australian and New Zealanders. What followed was an interesting discussion amongst the Japanese Friends, in Japanese, in response to our question. One Friend spoke of his decision to become vegetarian because of his concern about emissions from livestock. Clearly the conversation was lively. Naomi gave us a summary.

The Japanese friends went on to tell us about the increasing number and intensity of typhoons they are experiencing, and how much they create interference with life.

Australian Friends spoke of how hard Australia is being affected by drought, and how one of our members is having to de-stock his farm of cattle, because the drought makes it impossible to continue with his herd.

We sometimes wonder why Quakers bother with international connections, unsure of them having any value. There was a clear sense in this brief online interchange that understanding of each others’ challenges and difficulties was being shared, that person-to-person stories were making a small difference 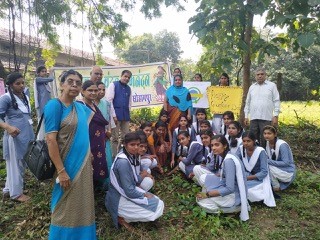 A Quick History of Quakers Worldwide

A video resource provided by the FWCC World Office.

Why I Worship With Other Kinds of Quakers?

A video showing the highlights of WQD 2020 celebrations!